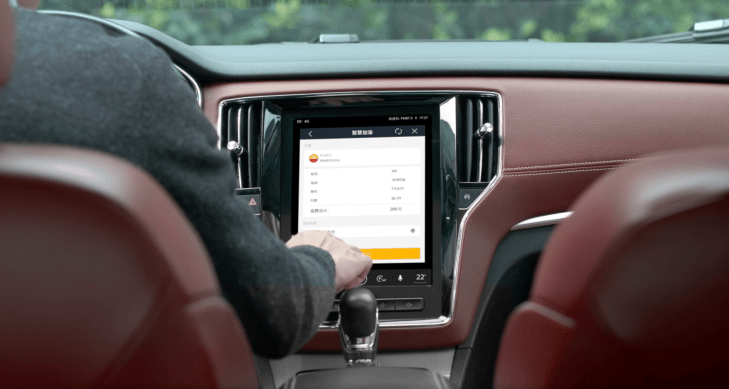 There’s no lack of news these days on China’s tech giants teaming up with traditional carmakers. Companies from Alibaba to Huawei are striving to become relevant in the trillion-dollar auto industry, which itself is seeking an electric transition and intelligent upgrade as 5G comes of age.

State-owned automaker SAIC Motor, a major player in China, unveiled this week a new electric vehicle arm called Zhiji, in which Alibaba and a Shanghai government-backed entity are minority shareholders. The tie-up comes as Chinese EV startups like Xpeng and Nio and their predecessor Tesla see their stocks soaring in recent months.

Alibaba’s ties with SAIC can be traced back to 2015 when they jointly announced a $160 million investment in internet-connected cars. The partners moved on to form a joint venture called Banma (or ‘Zebra’) and Alibaba has since developed a slew of auto solutions for the Banma platform to enable everything from voice-activated navigation to voice ordering coffee, which is, of course, linked to the Alipay e-wallet.

Alibaba is certainly not SAIC’s exclusive supplier, as it’s also worked closely with the likes of BMW and Audi as well over the years.

For SAIC’s new EV brand, Alibaba will continue to be its “technology solution provider,” an Alibaba spokesperson told ITPro.works.

The other tech giant making big moves in auto is Huawei. Just this week, the telecoms equipment and smartphone maker announced it would fold its smart car unit into its consumer business group, which previously focused on handsets. The expanded group will continue to be steered by Richard Yu, regarded as the man who helped grow Huawei from an underdog in the mobile industry to a leading global player.

Huawei’s ambition in auto is “not to manufacture cars but to focus on developing ICT [information and communications technology] to assist automakers in producing cars,” the firm asserts in the statement, addressing rumors that it wants to encroach on traditional carmakers’ turf.

Huawei’s phone business has taken a hit since U.S. sanctions hobbled its supply chain. It sold its budget phone brand Honor recently in the hope that the spinoff, independent from Huawei, will be free from trade curbs.